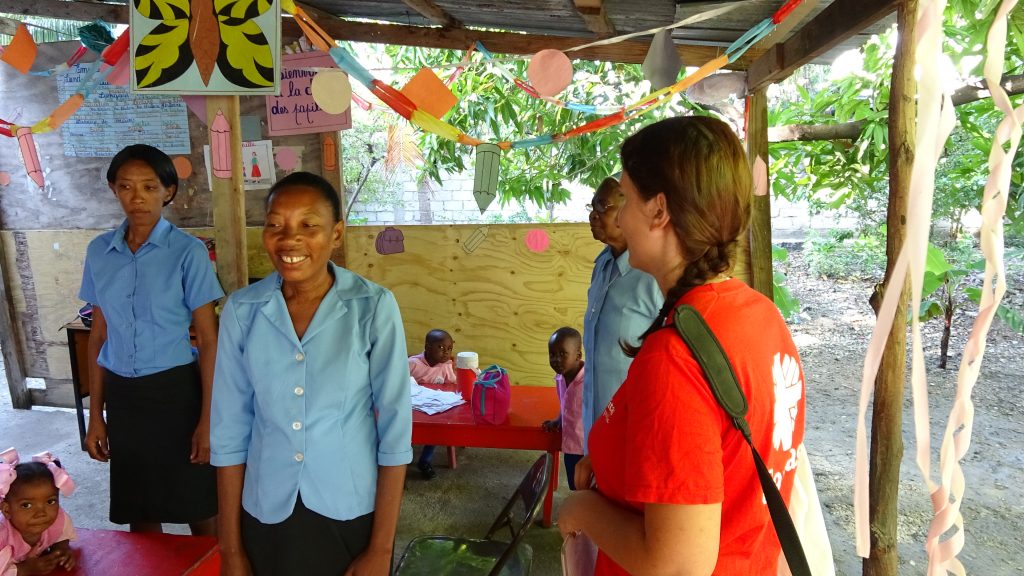 Do men have more extensive rights than women in Haiti?

The issue of gender equality in our society is yet to be solved. But what’s the situation in Haiti? We went to ask sister Polonne, the coordinator of our centre in Cazeau. She was thrilled to hear of our interest on this topic, and she shared with us her point of view.

In Haitian society, a well-educated and hardworking woman might get a good job, depending on the field of her study. Nowadays, it is not uncommon to see a woman as a member of parliament or a delegate.

Some women are even managing directors of some companies.  But it is not possible when a girl cannot graduate from school either because of family issues or other reasons.

To this date, our society fails to comprehend women’s presence in some particular areas. There are still positions given over to men, and the rest is for women. In Haiti, it’s quite sporadic to see a girl working as a taxi driver. When a woman decides to become a taxi driver, lots of people are reluctant to sit in the car due to the stereotypical belief that female cannot be a good driver. I view the opinion that if she owns a car, she can also drive it well.

There are still women forced to accept poor working or housing conditions, that do not respect their dignity.

Our country is democratic and guarantees equal rights for both genders, but that is in contradiction to our culture. It implies that a man is a master of a woman. Alas, some men still believe that it’s true. However, it brings me joy to see women increasingly refusing every command of their husband, and more men are willing to respect women’s opinion.

Through our Children’s donation project®, we support children regardless of their gender in the belief that education for both males and females is a way to their emancipation. You can support a child from Haiti HERE.