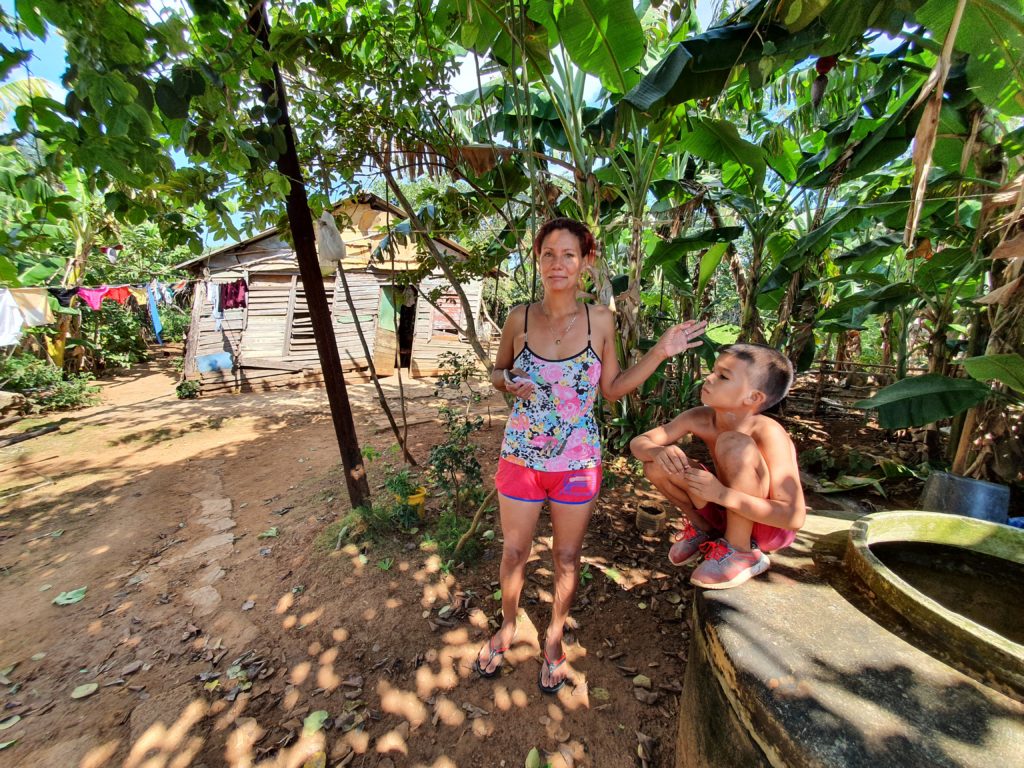 It is a country with a beautiful but severe tropical climate. Cuba is a well-known vacation destination, but also a place where it is common to not have groceries and power is cut for several hours a day. Families usually live in shacks; parents don’t have the finances to buy shoes or school supplies for their children. Many children from this country full of contrasts, enrolled in our project. They are now waiting for their donors from Slovakia.

Our Children’s Donation Project spreads its coverage to Cuba. This help is consummating through Spoločnosť Božieho Slova (Societas Verbi Divini) with father Pavol Baláž and father Lukáš Mizerák. Father Lukáš Mizerák, has been a missioner in Cuba for over ten years. We are looking forward to newly created cooperation which will help the children living in challenging conditions of this country.

In 2021 we implemented two Small Projects for destitute families. We distributed help packages for children and their families. Each package contained groceries, cosmetic necessities, clothes, and shoes.

Maisell and Gretel are waiting for their donor.

We would like to introduce to you a boy named Maisell and a girl named Gretel. They are part of the first children that have enrolled in our Children’s Donation Project.

Maisell Batista Rodríguez is ten years old. He was born in a town named Sagua de Tánamo. He lives with his mother because recently, he lost his father. Together with his mom, they live in environmental adversity in a small shack. He attends José Manuel Fonseca Reinosa primary school. He is in third grade. Maisell loves playing football with his friends and classmates.

A little girl named Gretel Paumier Roulo will celebrate her sixth birthday this year. Her parents split up and Gretel, together with her older brother Jorge, live with their mother. Their father does not help with raising the children, and they meet very briefly. Her older brother, Jorge, protects and takes care of his little sister. They have a close sibling bond. It is problematic for their mother to find a stable job. This is the main reason why this family found itself in a difficult financial situation. Gretel is a quiet and shy little girl that likes to help her mother and neighbours.

We believe that together with your support, we could help the children in need. We could give them hope and a chance for a better future. Thank you, that together we can change the destinies of children for the better, for over twenty-five years.

In the implementation of the Children’s Donation Project in Cuba, we thank the Conference of Bishops of Slovakia (KBS) for its significant financial support, spiritual encouragement and prayers.