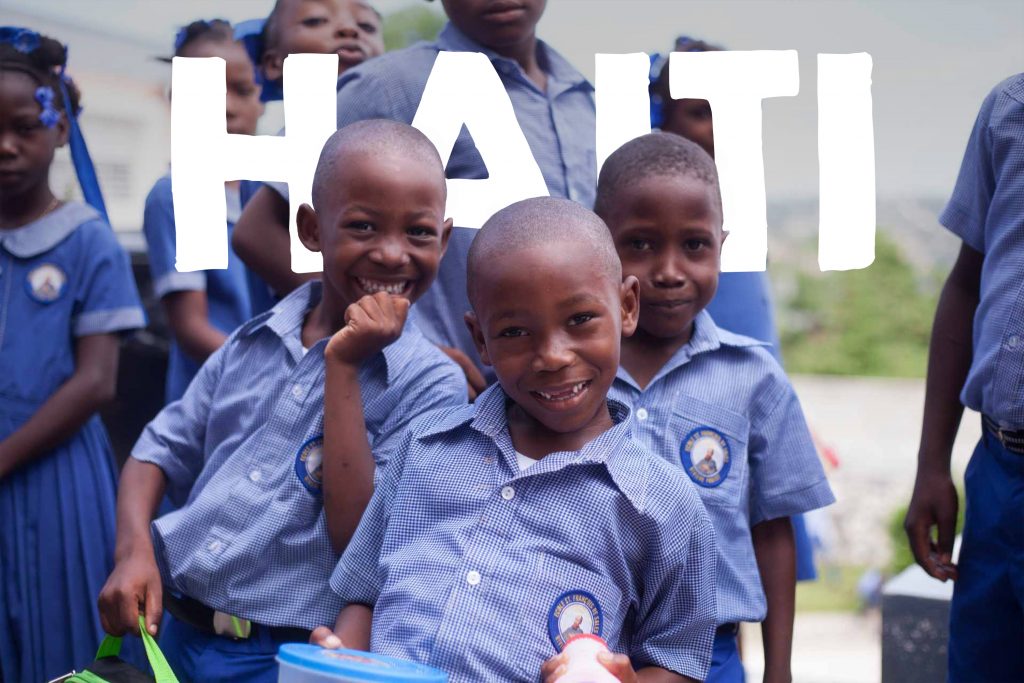 Why is the help in Haiti meaningful

Only one-fourth of the population has access to the electricity

People in Haiti live in harsh living conditions. They do not have a regular income; therefore they have difficulties in securing basic needs for their families. Some of them try to make living selling candies, water and fried food. Alternatively, they can earn by working in households of wealthier families. Many families try to find a source of livelihood by growing different crops in their fields, but the harvest is often poor. Due to a disastrous financial situation, children often come to school hungry, as their parents are not able to save money. Thanks to your support, children of Haiti have an opportunity to get an education and hope for a better future.

What do we support

Whom do we help

Your support is sent directly to poverty–stricken children of preschool and school age in Haiti.

The founder of the school is local Congregation of the Little Sisters of St. Theresa, who are dedicated to helping socially deprived classes. In Rivière Froide is also a health centre and centre for disabled children.

Goals and activities of Little Sisters of St. Theresa

The goal is to educate children from kindergarten to high school graduation. The Sisters do not reject anyone, and they accept those who do not have enough money to pay tuition fees.

Their missionary purpose is providing general and agriculture education, specialised training, courses in leading a household, health care, help to children in need, ill and seniors, organising collective farms or other forms of cooperation in society. Sestra Marie Evanette Onesaire, coordinator
My name is sister Marie, and I work as a local coordinator since 2010. We have been helping children and families in the community for more than 31 years. We provide especially education and social consulting. Children's donation project® supports more than 200 children.

The St. Theresa School was established by the Congregation of the Little Sisters of St. Theresa. It collapsed during the Haiti earthquake on January 12, 2010. In January, the Slovak Catholic Charity began building a new kindergarten with four grades which were successfully completed in April 2011. Children have a chance to continue going in the kindergarten and work on their development in new premises.

Goals and activities of the Little Sisters of St. Theresa

The aim is to educate children from kindergarten until finishing their high school studies. The Sisters do not reject anyone, and they accept those who do not have enough money to pay tuition fees.

Their missionary purpose is providing general and agriculture education, specialised training, courses in leading a household, health care, care for needy children, ill and seniors, organising collective farms or other forms of cooperation in society. Sestra Polonne Lops, coordinator
My name is Sister Polonne, and I became a Catholic sister in 1960. I have been teaching children since 2006. After the earthquake in 2010, the cooperation with SKCH has become very important for the children in this region. At first, I was teaching children in kindergarten, but now I also teach pupils in a primary school.
JOIN PROJECT

After school, many children have to walk a long way home
A sister from Rivière Froide School accompanies a couple of younger children
The school was built after the earthquake in 2010
Sports games at the schoolyard are popular among pupils
School supplies and workbooks come from donations of the Children´s donation project ®
Preschoolers have toys in their classrooms
Snapshot during a hot lunch, provided by the project
Haitian girls fancy these plaits
Sometimes there are older pupils in the second or third year because they did not have the opportunity to study before
Children are very dynamic and seize every opportunity
The cook at Rivière Froid prepares lunch, usually cooked from rice or beans
Preschoolers wear lovely pink uniforms
JOIN PROJECT